ABD and ASPB brings together European experts in drug use rooms 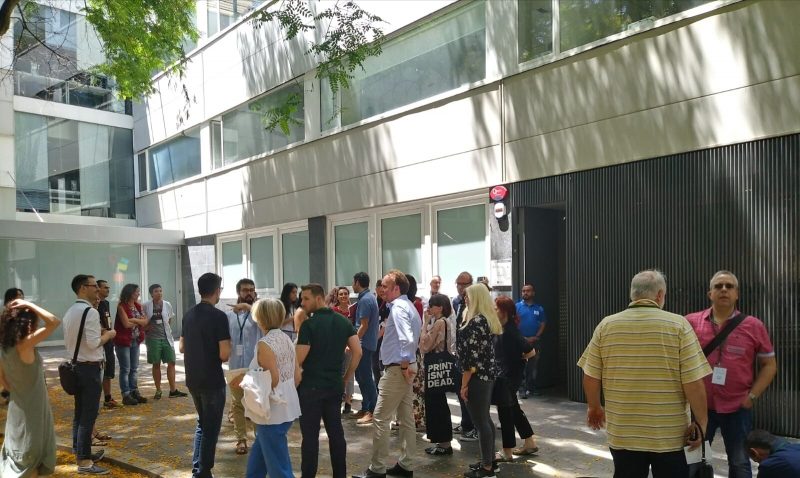 The Association of Wellbeing and Development (ABD) and the Public Health Agency of Barcelona (ASPB) have arranged a two-days-meeting in the city of Barcelona with some European experts in the field of supervising drug consumption centers with the aim to investigate the damage reduction and social cohesion in local levels.

The visit is part of Solidify project, which is leading the European Forum of Urban Security and is supported by the European Commission. This project was created with the objective to improve the implementation and sustainability of drug consumption rooms in several European cities and evaluate their impact in the territory. ABD is one of the 13 member entities of Solidify initiative, which represents several European countries such as Belgium, France, Germany, Italy, Portugal and Spain.

The visit of European experts program in Barcelona has included two different days. During the first day, it was introduced the integration model of programs for the damage reduction and treatment for the Catalan capital. In this sense, attendees were divided into two groups. On the one hand, the first group visited CAS Baluard, the Attention, Tracking and Damage Reduction Center of drug addicts of Barcelona’s Public Health Agency managed by ABD. On the other hand, the second group went through a route in the Raval neighborhood. Later in the afternoon, it was presented the coordination work executed together with the security forces and Ciutat Vella district. To end the day, it was planned a visit to the mobile unit with methadone dispensation of Passeig de la Vall d’Hebron. Finally, during the second day, the participants attended all together to a working day in Palau Macaya in order to coordinate some projects. They established a tasks calendar and prepared audits, future visits, communications and reports.

The Solidify project foresees the conduction of an installation and evaluation process crossed collective analysis for a room to consume drug; consequently, it will facilitate the local authorities to promote the construction of health spaces.

In addition, this initiative will also allow the sharing of practices between experienced collaborating cities that have already tried and implemented drug consumption rooms and those partner cities that consider and / or go through the process of this type of centers. Moreover, Solidify will strengthen alliances and coalitions in local levels, between the authorities and the civil society organizations. After the visits, the partners and experts of the project will work on the qualitative and quantitative criteria definition and an evaluative net construction which will allow analyzing the drug use room installation process and its short and long term impacts in the territory.

CAS Baluard was the bet that Barcelona made in 2005 to locate the attention of drugs addicts in the center of the city which until then was stablished in the surroundings. Placed in Ciutat Vella district, CAS Baluard is today integrated in the community and owns a spacious and equipped space that would not have been possible without the solidarity and mutual support of the neighborhood. Furthermore, for more than a decade it has proved its importance on the improvement of drug addicts and their environment living and health conditions of.

ABD’s Drugs Area develops a set of programs and services which includes an intervention in the drug-dependent population carried out by using a multidisciplinary care model which implies the families, the neighborhood and the citizens in the approach of social problem. These interventions depend on how people consume and in what context: personalized treatments, preventive and harm reduction programs for consumers and risk reduction for young people who consume drugs as an entertainment.  We promote their consumption in a conscious and informed way, and we defend the right of socio-sanitary attention and social inclusion of drug-dependents.

About the European Forum of Urban Security

The Psychological and Socio-Educational Services Department of the City Council of Madrid is aimed at adults who have a social or social exclusion situation in the Salamanca District, and whose main objective is to prevent social exclusion through the The execution of preventative, rehabilitative and rehabilitative actions so that they can improve their living conditions and […]

For Christmas, our friends from Bismart  made a video to help us raise funds for ABD’s Foundation. For each video view, we will receive a donation. How can you help us? Share the video that you find  below  on social media. Do not forget to tag ABD! Send the video to your contacts by email and Whatsapp. […]

The Welfare and Development Association ABD has just joined the International Drug Policy Consortium IDPC, a global network of 182 NGOs that focus on issues related to drug production, trafficking and use. The organization has officially announced this week the entrance of ABD as a member of the network. IDPC promotes objective and open debate […]

The latest from ABD